Menu
Get in Touch

With keen consideration of our environmental, social and governance standards, Kingman has implemented an industry leading ESG policy.

Kingman is a member of the AusIndustry Advanced Manufacturing Programme. This has led to the implementation of Lean Manufacturing techniques across our business under the expert guidance of TXM Solutions. We are also a signatory to AusIndustry’s Smart Supply Chain Project, which will guide us through Decarbonisation Pathways towards Net Zero emissions.

We are proud of our green stamp Certification, which is a vigorous programme of waste recycling, including the responsible disposal of paint, chemicals and e-waste. Kingman is fast evolving into a market leader in sustainable sign manufacture.

Kingman has installed a commercial-grade 30KW – 124 panel solar system in our 3500m2 factory and is making great strides in reducing our carbon footprint. We have replaced all HID Hailde lighting across our facility with low temperature LED lights, resulting in a significant reduction in energy usage. A factory renovation is in the planning stages to improve ventilation and increase natural light to reduce energy needs further.

Kingman have a strong diversity initiative that incorporates an effective apprenticeship programme, part time work for mothers looking to return to the work force and flexible working hours for all staff. Our employee profile includes members aged from 18 to 75 years old with gender diversity finely balanced at 50% female and 50% male.

Kingman has cemented a partnership with Australia’s leading 100% owned Indigenous business The Carey Group, to explore exciting opportunities in the Visual Communications industry. 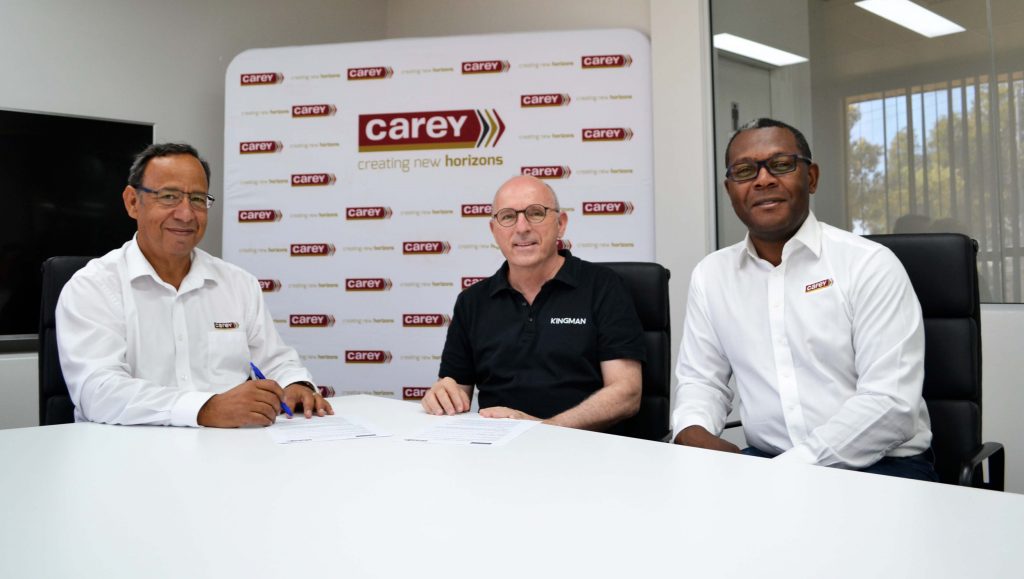 Established by Daniel Tucker AM in 1995, Carey is the most successful 100% Indigenous owned business in Australia. The name Carey was inspired by Lake Carey, a large inland salt lake, south of Laverton, Western Australia. The lake had been used for thousands of years by the traditional Wongatha people for maintaining traditional cultural practices.

Established 27 years ago as an Aboriginal owned company to provide mining contractor services in the Goldfields region, the Carey Group has grown and operates in three industries – Mining, Construction and Training & Education, employing more than

The Carey Group is now on an expansion drive looking at other verticals. “Our strategy is to identify selected high growth industries and partner with the market leader in that space to target State Govt projects and tenders “ states Moses Panashe, Careys CEO.

Carey has identified Visual Communications as an industry with these features.

In Kingman Visual, Carey has found the market leader and has entered an agreement with Kingman to explore opportunities presented by State Government tenders and projects including Metronet and the 2023 FIFA Women’s World Cup.

Kingman is proud to partner with such a reputable Indigenous business like Carey in such an exciting industry.

Kingman has made an important investment in a dedicated HR function in what is essentially an SME business. This is a forward looking role that assists with compliance and company culture as the Kingman business grows.

Kingman’s Board of Directors includes a non – executive role filled by a partner of one of Australia’s leading Accounting firms, who provides valuable guidance on risk and corporate governance. He was instrumental in introducing Lean Manufacturing and several other important initiatives to the business.

Join our newsletter to receive the latest news & events

Let's get in touch!